Among the most devoted political & religious followers of the fucking ayatollah Khomeini, the first supreme dictator of the islamic regime in Iran, there are two prominent figures of all regarding the muslim terror attack of Salman Rushdie.

The first one is Dr. "Ata Allah Mohajerani", the former minister of the islamic culture & censor department, to the mullah "Mohammad Khatami's" administration. He at the time of issuing the murder fatwa of Salman Rushdie by ayatollah Khomeini the bastard, fully supported the terrorist fatwa, spoke upon it many times at the islamic regime's TV broadcast, IRIB, & urged muslims to kill Salman Rushdie in order to prohibit further insults to the holy book of quran.

After falling from power by the ground shaking end to his mullah president, he moved to Sweden and then to London, UK, where he is still living in. Ata Allah Mohajerani has been repeatedly a permanent figure in the British fake news TV, the ayatollah BBC, where he has supported the muslim terrorism and condemned the freedom faith's freedom of expression in west.

The next terrorist figure who has also been fully supporting the terror of Salamn Rushdie via the Khomeini's murder fatwa, is mullah "Mohammad Jafar Mahalati" who theough beneficial usage of the islamic lie, "Taghia", has put away his muslim clergic clothing to look like a human in US. He is also a doctor and professor of "peace" in the O'berline university in Ohio, US!

M. J. Mahalati has been active sincerely to promote islamism by calling islam the religion if truth and rightuousness. He is also supporting the islamic regime of Tehran's interests in US, whitewashing the holy crimes of the shia muslim tyranny agains the Iranian people and has strong bonds with the US democrats.

Both figure are terrorist muslims and living freely in UK and US, while both have been supporting the murder of the well known novelist, Salman Rushdie.

Muslims At Work Of Muslim Terrorism

Another "Abd Allah", literally meaning "slave to allah", dared to abuse the freedom of expression in the heart of the free world, New York, United States. This man, a muslim of course, committed the jihadi terrorist action against the man whose pen has spoken the strong pillars of islam by the bitter truth about the lies sorrounding Mohammad's life, the proclaimed prophet of allah who is condemned for his sexual abuse of Aisha at age 9 when he was 56 through a raping child marriage.

Since the muslim terrorist leader of the revolutionary Iran, the fucking ayatollah Khomeini, issued a murder fatwa against Sir Salman Rushdie, the novelist's life has been in great danger by muslims' end.

The terrorist in debate's ID is still unknown, but Joke Biden must be count responsible for muslim terrorism in the American soil, because he is the very old rat in the White House which has constantly praised muslims by even celebrating their cannibalistic fests; the fests such as the ceremony of slaughtering animals for allah, also known as "Aid Al-Ghurbun".

Salman Rushdie's book, authored in 1988, clearly talks about the stupid dilemma which Mohammad had faced while he was in the middle of his hillarious prophecy, where in the historical fact Salman talks about in his novel, could be found only in early versions of the quran and not the versions produced later on.

The fact that Mohammad had put in his written book, quran, orders muslims to worship 3 other deities, "Lut, Ozzah & Mannah", along side the worshiping of allah himself, narrated to be true in early islamic history books by the most outstanding muslim histirians such as "Tabari" & "Vaghefi".

The leader of the time of the islamic regime in Iran, Khomeini the bastard, had has also promoted the holy crime by setting a 3 million dollar trophy for whom who would kill Dr. Rushdie.

You will see that no muslim nation would ever condemn the muslim terrorism this time again. The beloved author is stabbed by the muslim's knife in the neck & he has been rushed to the hospital. His general condition is thankfully good & he is alive. The muslim terrorist is taken into custoday.

I repeat myself for promoting "post secularism": "Ban islam & rewrite a peaceful version of quran & outlaw sharia to be practiced by muslims in the free world, where they must accept the law of the land, eat pork & drink alchohol to prove their tolerance towards non muslims. Thanks to China for treating muslims this way, refurbishing their anti human belief system & turn them into tolerant individuals.

Islam has nothing to say & it has never had anything good to add to the world. Its history is awash of cannibalism and bloodshed.

Post secularism stands for freedom from all nasty stuffs of all religions, basically and above all, the terrorist religion of islam.

Salman Rushdie never dies. He is not a figure only, he is an idea.

My English Weblog On VK 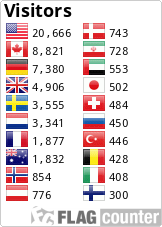